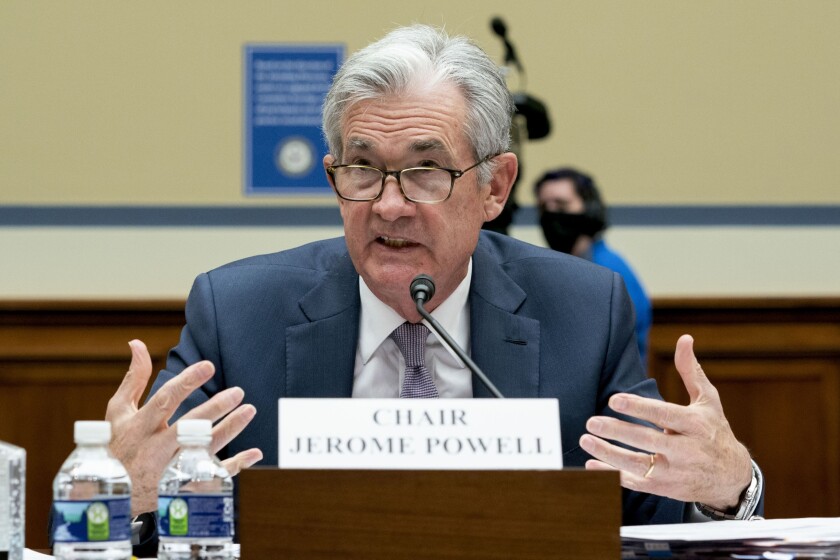 “We urge President Biden to re-imagine a Federal Reserve focused on eliminating climate risk and advancing racial and economic justice,” the representatives wrote in the statement Monday. “This consequential appointment has the potential to remake the composition of the Board of Governors.”

Representatives Ayanna Pressley, Rashida Tlaib, Mondaire Jones and Chuy Garcia joined Ocasio-Cortez in urging Biden to not nominate Powell for a second term. As members of the U.S. House, none of them have a vote in confirming Biden’s choice for the central bank leadership.

The members of Congress, in asking that Biden find some other, unspecified, nominee, are going against the preference of Treasury Secretary Janet Yellen, who has told Biden advisers that she wants to see Powell renominated.

While the statement acknowledges the Federal Reserve has made “positive changes to its approach to full employment,” the group criticized the central bank under the leadership of Powell.

“To move forward with a whole of government approach that eliminates climate risk while making our financial system safer, we need a chair who is committed to these objectives,” the representatives wrote. “We urge the Biden administration to use this opportunity to appoint a new Federal Reserve chair.”

The statement was reported earlier by Politico.

Powell’s term expires next February. He maintains broad support inside the White House and from senators of both parties to remain in office. The president has not yet weighed in on Fed personnel decisions and his decision is not expected until fall, people familiar with the matter told Bloomberg.

Two Senate Democrats have sharply criticized Powell’s handling of regulations — Banking Chairman Sherrod Brown of Ohio and Elizabeth Warren of Massachusetts — and neither has yet backed a renomination for Powell. Neither, however, has explicitly called on Biden to name someone else.

“If Powell still wants to find ‘middle ground’ between the warnings of science and the lies of the fossil fuel industry, he has to go,” Whitehouse said.

Powell, however, has won over many other senior Democrats who say they would back him if he’s Biden’s pick. And a number of Republicans also back a Powell renomination as the best choice they are likely to see from a Democratic administration.

Crypto Lender Nexo Moves Forward With Plan to Acquire Troubled Rival Vauld
Downing St faces new claims it did not tell truth over disgraced MP
How They Closed It: Selling The Rich History Of A Landmark Australia Estate
Reich moves from city of Dallas to DART
Australia risks recession and housing downturn after third rate hike