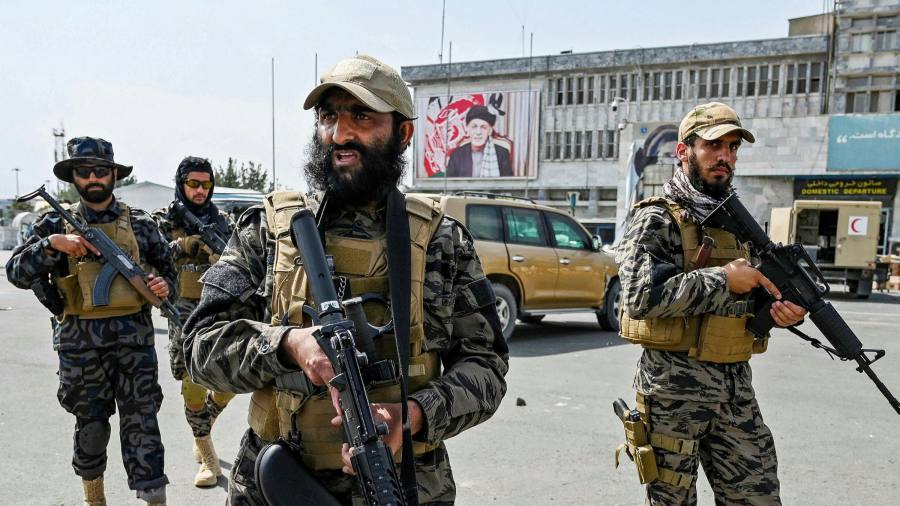 With the last American troops gone from Afghanistan on Monday night, Afghans are braced for tough times ahead under the Taliban.

The first time the Islamist militants ruled the country — between 1996 and 2001 when they were driven out by the US-led invasion — they imposed a strict interpretation of Islamic law and gave sanctuary to global terror groups such as al-Qaeda. Twenty years later they are presiding over a war-torn country battered by a severe economic crisis, drought, the Covid-19 pandemic and a resurgent Isis.

“The war will not end,” said Zamari, 26, who has been studying business administration at a private university. “The Americans left and now Daesh [Isis] has arrived. I’m not happy, neither am I sad that the Americans have left. America has been replaced with Daesh. We will be suffering from war and insecurity as well as from unemployment and the bad economic situation.”

What are the Taliban’s plans for governing Afghanistan?

When it first ruled Afghanistan, the Taliban prohibited girls’ education, banned women from the workplace and public spaces, and meted out brutal punishments such as stoning women accused of adultery, and cutting off the hands of alleged thieves.

Taliban leaders insist their ideology has since moderated and that they plan to respect civil liberties and women’s rights within a framework of sharia law.

However, seemingly caught off guard by the speed of their conquest of Kabul, Afghanistan’s new leaders have yet to unveil a new governance structure, or their key policies, despite pledges to offer an “inclusive government”. Taliban leaders are in talks with former president Hamid Karzai and other prominent politicians about possible roles in the new administration but have not yet reached any deal.

Will Afghans reluctant to live under Taliban rule be free to leave?

After the Taliban takeover, the US and its allies evacuated more than 120,000 civilians — both their own citizens and Afghans considered ‘at risk’ of retribution for co-operating with foreign governments. But thousands of Afghans seeking to evacuate were unable to reach the airport in Kabul, because of chaotic crowds and Taliban controls.

The Taliban says Afghans with valid travel authorisation will be free to leave once civilian flights resume. But the organisation may struggle to get the airport up and running again, as it has so far rejected international calls for a foreign security presence at the airport to enable it to safely reopen for commercial flights.

It remains to be seen how many Afghans will be accepted by western nations. Afghanistan’s neighbours have no wish to host a tide of displaced refugees.

But the United Nations and others warn that rapidly deteriorating economic and social conditions could send many Afghans fleeing in the months ahead.

“For its neighbours, the immediate risk . . . from the political uncertainty in Afghanistan is related to a potentially large inflow of refugees,” Moody’s Investors Services said in a recent report.

How will the international community treat the new Taliban government?

The first Taliban regime was a global pariah, unrecognised by any western power and never permitted to take Afghanistan’s seat at the United Nations. But Washington has engaged in intense dialogue with the Taliban’s political leadership both before and since the Trump administration and the co-founder of the Taliban signed the February 2020 agreement that paved the way for the US military withdrawal.

Washington and its allies hope the promise of international legitimacy — and access to funds — will influence Taliban behaviour and nudge it towards more moderate policies.

However, Taliban leaders have also courted both China and Russia, which may provide assistance, and bestow recognition, with fewer conditions.

Will Afghanistan re-emerge as a base of global Islamist terror organisations?

In the 2020 Doha Agreement with Washington, the Taliban promised not to allow Afghanistan to be become a sanctuary for global terror groups, in the way that it had once sheltered al-Qaeda.

However, many are sceptical that the Taliban has the intention or the ability to fulfil that pledge. Such concerns were reinforced last week, when a suicide bomber targeted the crowds pressing against the gates of Kabul airport, killing more than 100 Afghan civilians and 13 US marines.

Responsibility for the attack was claimed by Isis-K, the Afghan affiliate of the terrorist group, which has been competing with the Taliban for influence in Afghanistan and aspires to establish Islamic rule beyond Afghanistan’s national boundaries.

US officials estimate that Isis-K now has about 2,000 hardened fighters, many of them disaffected Taliban members. Many analysts warn that the US withdrawal will embolden other jihadi groups, leading to a further influx of militant Islamists into the country.

Though Washington may not begin formal diplomatic relations with the new Taliban government soon, the US and the Taliban are expected to quietly co-operate on counter-terrorism measures to keep more extreme groups in check.

“Publicly, the US said they will not recognise the Taliban as a legitimate government,” said political scientist Omar Sadr, author of the book “Negotiating Cultural Diversity in Afghanistan. “However their relationship is more than transactional. It seems as though the Taliban are a partner who are trusted.”