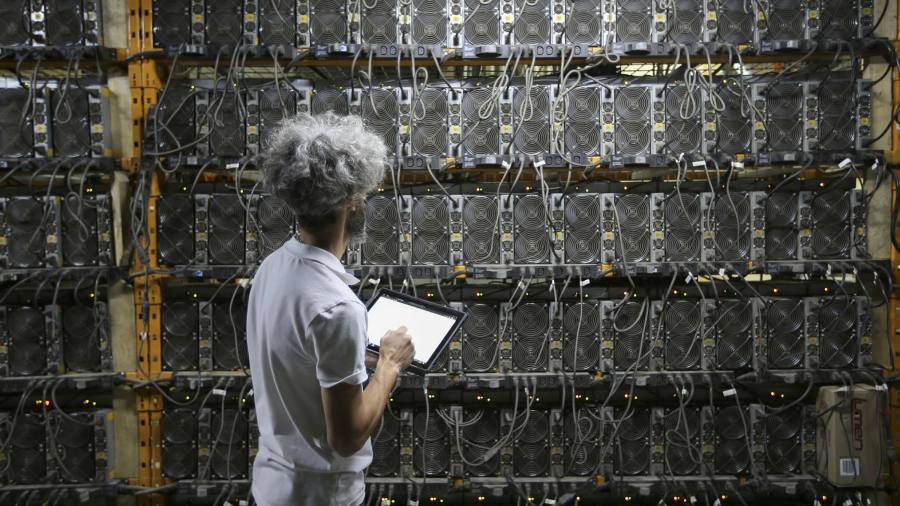 The strong pace of gains means funds focused on bitcoin and other digital assets have returned 145 per cent this year, according to data from Eurekahedge.

Crypto remains a relatively small niche in the hedge fund industry, with most retaining a focus on bonds, commodities and other more established asset classes. But the runaway returns available in digital assets are catching the eye of funds hunting for opportunities that are often lacking elsewhere.

“Crypto has two features that make performance potential great for hedge funds involved in it: volatility and inefficiency,” said Francesco Filia, chief executive of Fasanara Capital, a hedge fund with more than €1.5bn of assets, some of which is allocated into cryptocurrencies.

“The combination of the two allows for outperformance of traditional asset classes.”

June marked the only setback for crypto funds this year when they lost 10 per cent. They gained nearly 7 per cent in May even though the price of bitcoin halved from record highs. The bumper year follows digital asset specialists returning more than 200 per cent in 2020.

The strong returns contrast with 0.59 per cent returned in August by hedge funds that specialise in currency trading and 0.8 per cent yielded by funds trading equities, according to Eurekahedge.

Since the start of the year, the price of bitcoin, the most widely used cryptocurrency, has fluctuated wildly. It started 2021 trading at near $29,000 before running to a series of record highs. In May bitcoin traded above $63,000 before collapsing to below $30,000. The digital coin currently trades at $46,017.

These swings have provided traders with plenty of opportunities to place bets. In contrast, currency and equity markets have remained quiet as low interest rates in major economies have stifled large price moves.

The outsized moves in digital assets have caught the eyes of a growing number of large traditional hedge funds, which have been making tentative steps towards becoming active in crypto markets. On Monday Brevan Howard, one of the world’s largest global macro hedge funds, said it would set up a digital business to explore opportunities in cryptocurrencies.

But making money in cryptocurrency markets has been getting increasingly difficult, with many native digital asset funds moving away from relying on bitcoin’s price to rise towards arbitrage and market neutral strategies in order make juicy profits.

Data compiled by James Butterfill, an investment strategist at digital asset manager Coinshares, showed that there are still three times as many passive funds than actively managed strategies, but the latter have fared better in terms of returns.

“Crypto arbitrage opportunities are particularly interesting, as they avoid the large volatility and uncertainty of crypto directional strategies,” Filia said.