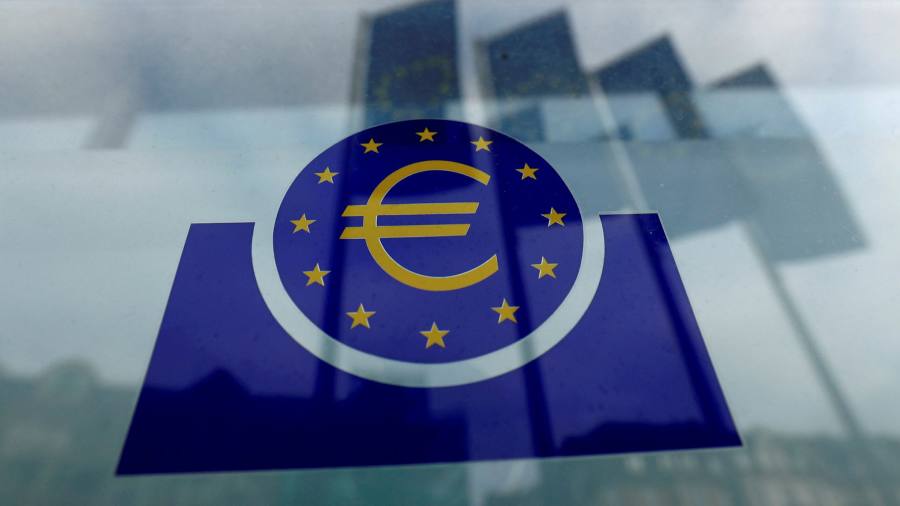 The European Central Bank expects to hit its elusive 2 per cent inflation target by 2025, according to unpublished internal models that suggest it is on course to raise interest rates in just over two years.

This would be at least a year earlier than most economists expect the ECB to raise its deposit rate from a record low of minus 0.5 per cent. Many analysts predict benchmark rates in the 19 countries that share the euro will have stayed negative for a decade since being cut below zero in 2014.

However, some investors are pricing in a rate rise by the end of 2023. This scenario appeared to be confirmed by the ECB’s longer term inflation outlook, which its chief economist Philip Lane discussed in a private call with the economists of German banks this week, according to two people involved.

The internal forecast is likely to intensify debate about how quickly major central banks will reverse the massive stimulus programmes they launched to counter the pandemic last year, and when they will start raising rates in response to rising inflation.

The ECB has struggled for several years to lift inflation up to its target and consistently overestimated future price growth, which is the main factor in its decisions on setting interest rates and adjusting asset purchases.

While some analysts predict the US Federal Reserve could start to raise interest rates as early as next year if the economy continues to rebound from the pandemic, most of them expect the ECB to do so much later.

The BlackRock Investment Institute this week pushed back the point at which it expects the ECB to raise rates, saying: “The likely lift-off date has moved further into the future beyond our five-year horizon — and we might only see the ECB raising rates later this decade.”

Inflation has shot up this year around the world and in the eurozone hit a decade-high of 3 per cent in August. The ECB has said this is because of “transitory” factors and has predicted price growth will fade back below its target next year before reaching 1.5 per cent in 2023.

The ECB only publishes economic forecasts for the next three years, updating them every quarter. But its staff also compile a “medium-term reference scenario”, which looks five years further into the future and is not usually made public.

Lane told the German economists that this scenario showed inflation rebounding to 2 per cent soon after the end of its three-year forecast period.

The ECB declined to comment before publication of this story. After publication, an ECB spokesman said to wire services: “Mr Lane didn’t say in any conversation with analysts that the euro area will reach 2 per cent inflation soon after the end of the ECB’s projection horizon.

“The conclusion by the FT that a lift-off of interest rates could come already in 2023 is not consistent with our forward guidance. Mr Lane made clear in a public event on Wednesday that by being persistent with a high level of monetary stimulus, the ECB can reach its 2 per cent target over time, without mentioning a specific date.”

In a separate online event later that day, Lane said he was confident of reaching the 2 per cent inflation target. “If you are persistent with a high level of monetary stimulus, you can get there,” he said. “We think the current set of [monetary policy] instruments is working.”

The ECB, which said last week it would slow its asset purchases in response to improved financing conditions, recently adopted a new strategy, under which it set a triple lock of conditions before it raises rates. Economists believe this has made such a move less likely.

To raise rates, the ECB must forecast that inflation will reach 2 per cent within 18 months and stay there for another 18 months. At the same time “underlying inflation”, which excludes volatile energy and food prices, must rise enough to be consistent with hitting the target. It also said it would tolerate a “moderate” overshoot of its target during a “transitory period”.

If the internal scenario disclosed by Lane this week is accurate, it means that the ECB could meet the conditions to start raising rates by the end of 2023.

Investors have been increasing their expectations for medium-term inflation in the eurozone. The five-year, five-year forward inflation swap rate has recently bounced back well above pre-pandemic levels to just below 1.8 per cent, its highest level in more than four years.

However, one former ECB official said its internal scenario should be “taken with a pinch of salt” because it is only one ingredient in the complex process of formulating the official forecasts that it publishes each quarter. “That is a very political decision,” the ex-official said.

Frederik Ducrozet, a strategist at Pictet Wealth Management, said Lane’s disclosure of the internal model could unsettle investors if it was followed by a further uplift in the ECB’s inflation forecast when it publishes its 2024 forecast in December. “I think the bond market is stable for a reason, because it has visibility on ECB support,” he added.