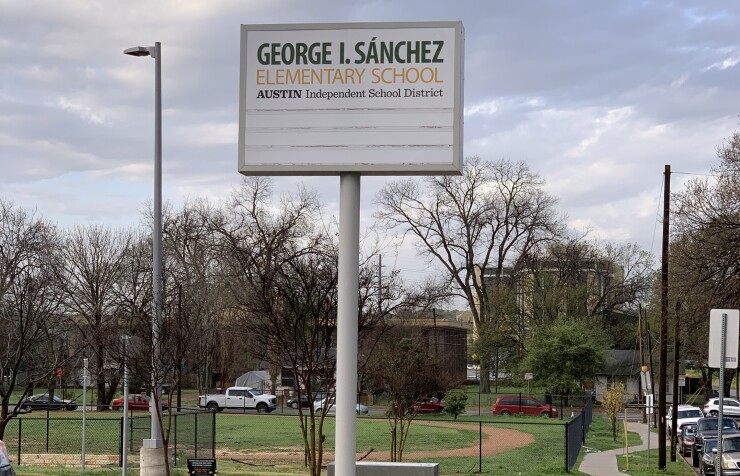 Austin Independent School District is considering putting as much as $1.5 billion of bonds on the Nov. 8 ballot with some of the proceeds earmarked for building security, which became an increased priority in the wake of the Uvalde, Texas, school shooting.

It would be the biggest bond election for AISD, which has just started the process of assembling a list of school modernization, safety upgrades, and other projects that could be funded with bond proceeds, according to Jason Stanford, the district’s communications chief.

As the fifth largest school district in Texas, AISD serves nearly 75,000 students in 125 schools. Its last trip to the ballot was in 2017 when voters approved $1.05 billion of bonds.

AISD has already included secure entrance vestibules that provide access to administration offices, while keeping classroom access behind a locked door as part of previous bond-funded school modernization projects. Now the massacre of 19 elementary school kids and two adults 160 miles away in Uvalde has brought attention to classroom keys.

“We need to rekey our schools to standardize master keys and outside doors,” Stanford said. “We have more than 100 campuses, some of which have locks that are 50 years old. This means lots and lots of different sets of keys for different campuses.”

Police response to the May 24 shootings at Uvalde’s Robb Elementary School was said to be delayed by a search for classroom keys.

Stanford said the Austin district would also like to have secure entrance vestibules in all of its schools, adding it was uncertain how much of the new bonds would fund building safety. A bond steering committee is expected to make recommendations to the school board later this summer.

About $2 million in state grant funding has been spent by the district to install bullet-resistant film on glass, according to Stanford.

Matias Segura, AISD’s operations chief, told the school board Tuesday night that issuing about $1.5 billion of bonds would not increase the tax rate and that capital and other needs were plentiful.

“No matter what we do, we are not going to meet our needs,” he said.