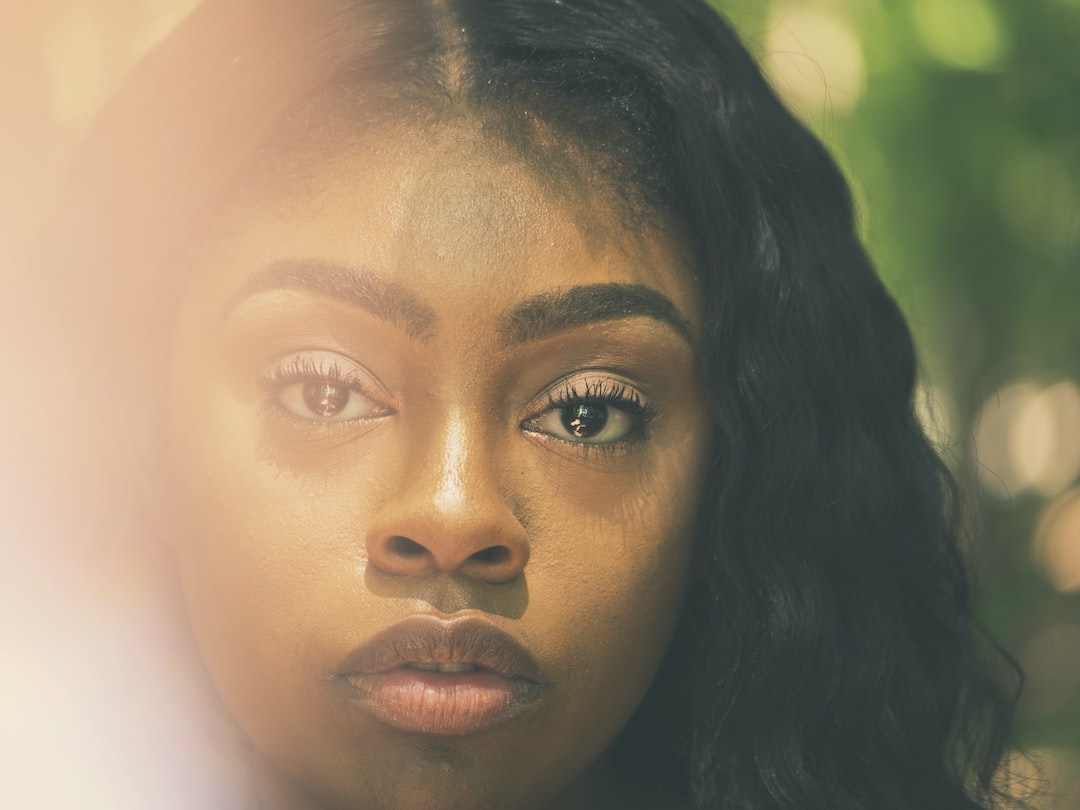 Marlies Jakob was one of dozens of ordinary Germans who took part in a phone-in show on Deutschlandfunk radio last week about sanctions against Russia. Her intervention should alarm policymakers from Paris and Brussels to Berlin.

Jakob said she was prepared to take cold showers and wear three sweaters in winter if that would stop Russia’s war against Ukraine. But, she insisted, “the opposite is true”, adding: “Thanks to sanctions . . . prices are rising and Russia is raking it in as never before.”

She wasn’t the only one to hold that view. A listener called Werner Bauer said people might support punitive measures against Moscow for now, but as soon as higher energy prices start to feed through “the mood will change completely”.

For Europe’s politicians, the risk is that the mood might shift sooner rather than later. Gas prices jumped 20 per cent this week as Russia intensified its energy squeeze on Europe. As Kremlin-controlled Gazprom further reduced supply through Nord Stream 1, the crucial pipeline connecting Russia to Germany, fears mounted that Europe could be hurtling towards a full-blown energy crisis this winter — one that could cause massive pain for consumers, ratchet up costs for industry and tip Europe into recession.

The EU has shown a united front since Russia’s full-scale invasion of Ukraine began in February. But forced to wrestle with soaring inflation, a cost of living crisis and the real prospect of energy rationing in the depths of winter, Europe’s leaders now face a daunting test. Can they continue to hold the line in facing down Russia’s aggression? Or will their solidarity crumble as pushback from angry consumers obliges them to dial down their hostility to Moscow?

Experts say that in choking off the gas supply, Russian president Vladimir Putin’s calculation is simple: the more pain his energy squeeze inflicts on European businesses and consumers, the greater the pressure will be on EU leaders to relax their anti-Russia sanctions.

Indeed, it is becoming increasingly clear that Moscow’s readiness to weaponise its energy exports will wreak real damage on Europe. The European Commission has warned that a full cut-off of Russian gas deliveries would deliver a 2.5 percentage point hit to forecast growth in the EU this year.

So far, though, there are no signs of a change of heart on Ukraine, either in the corridors of power or in Europe’s population at large. A recent poll in Germany, for example, showed 70 per cent of respondents want the government of Chancellor Olaf Scholz to continue supporting Ukraine, even if it leads to higher energy prices.

Meanwhile, EU leaders are urging voters to show what Josep Borrell, the bloc’s high representative for foreign affairs and security policy, has called “strategic patience”. “The war will be long and the test of strength will last,” he recently wrote in a blog post. But, he added, “we have no other choice”.

“Allowing Russia to prevail would mean allowing it to destroy our democracies and the very basis of the international rules-based world order.”

Such exhortations are combined with careful messaging — targeted at sceptics like Jakob and Bauer — that the sanctions are working, and Russia’s economy is already suffering.

Economists say that while it’s true that the rouble has recovered from its post-invasion decline, interest rates have fallen to prewar levels and Russia’s oil and gas revenues are up this year, sanctions mean it can’t use all the foreign currency it has earned to buy the high-tech imports it needs to keep its manufacturing industry operating. The Russian military’s ability to produce new tanks and guided missiles has also been affected, US officials say, undermining its war effort.

EU officials also firmly reject any suggestion that the sanctions are having a more deleterious effect on the European economy than on Russia’s. Valdis Dombrovskis, the commission’s executive vice-president, says that while Brussels is still forecasting growth of 2.7 per cent for the EU this year, economists expect Russia to lose a tenth of its output in the same period.

“We clearly see where the impact is,” he insists. “The best way to deal with the economic consequences of the war is to finish the war: to provide Ukraine with the necessary support so it can defend itself and it can win.”

A recent analysis by a team of experts at Yale University led by Jeffrey Sonnenfeld confirmed that Russia was taking a hit, concluding that business retreats and sanctions were “catastrophically crippling the Russian economy”.

“Looking ahead, there is no path out of economic oblivion for Russia as long as the allied countries remain unified in maintaining and increasing sanctions pressure against Russia,” the authors concluded.

But keeping up that unity as the economic impact of energy sanctions kicks in could prove difficult. Some — such as Jens Koeppen, a Christian Democrat MP from eastern Germany — are already calling for a rethink. His constituency is home to the Schwedt oil refinery, which will be one of the biggest casualties of the EU’s embargo on Russian oil that takes effect at the end of this year.

“[Scholz] said the sanctions shouldn’t hurt us more than they hurt the Russians — but that’s exactly what the oil embargo will do,” he says. Artificially starved of Russian crude, Schwedt could, he says, be forced to shut down, triggering huge job losses and shortages of diesel and petrol across the region. Supermarkets, hospitals, construction sites — even Berlin’s international airport — will run out of fuel, he warns. “We will see rubbish piling up on the streets and queues forming at filling stations,” he says. “The whole life of society will grind to a halt.”

Some dismiss that as scaremongering. Yet even if it doesn’t come to that, German support for Ukraine could erode, says Andrii Melnyk, Ukraine’s outgoing ambassador to Germany. “The risk is that the current willingness to help Kyiv could fade away with time — that the more people worry about the rising cost of living, about how they’re going to heat their homes, the less solidarity they’ll have with Ukraine,” he says.

That would be nothing new, he adds. In 2014, Russia’s annexation of Crimea and the conflict it fomented in Ukraine’s eastern region of Donbas dominated international politics for months. “But my bitter experience in Berlin was that interest in both gradually began to wane,” he says. “And I don’t want that to be repeated.”

In Brussels, officials firmly reject any suggestion that European unity is fraying. Having pushed through six rounds of sanctions since the invasion, the EU followed up with a further package — or half package, in some officials’ parlance — this month that tightens the regime by adding Russian gold and lender Sberbank to the EU’s list.

Despite the economic pain felt in member states, “so far I’m not seeing any push to weaken the sanctions at all”, says one EU diplomat.

That is the view from Berlin, too. “Every day we’re coming closer to an energy crisis — and sure, the mood can shift,” says one senior German official. “But I’m confident in our fiscal capacity to buffer the effects, and I’m confident that our efforts to diversify our energy sources are going to pay off. A large part of the population knows we have a strategy here.”

Paolo Gentiloni, the EU’s economics commissioner, recalls the difficulty member states had in achieving what were by comparison “very, very limited initiatives” against Russia in response to the annexation of Crimea back in 2014, when he was serving as Italy’s foreign minister.

The reaction this time has been “impressive in terms of speed, solidarity and volume of sanctions”. While it would be dishonest to suggest the penalties will not have a cost for the European economy, he still sees a “very good level of unity” among the G7 and in the EU.

Yet there are some signs that on energy, at least, that unity is not as rock-solid as it could be.

This week the EU announced plans for a 15 per cent reduction in gas consumption, but the deal was shot through with exemptions negotiated by member states.

“It’s politically explosive and very domestically determined, which makes it difficult to find solutions to please everyone,” says the EU diplomat.

Hungary held out for weeks against the EU’s embargo on Russian oil, only giving up its resistance after winning a carve-out for imports of Russian crude via the Druzhba pipeline.

Budapest has insisted on maintaining pragmatic relations with Moscow, and this month its foreign minister Péter Szijjártó travelled to the Russian capital to meet his counterpart Sergei Lavrov to request additional gas supplies.

Diplomats will also be watching Italy closely for signs of weakening resolve on sanctions. Under former prime minister Mario Draghi, who unexpectedly resigned this month, Italy took a hard line on Russia’s invasion and strongly backed western punitive measures. But that could now change.

Polls suggest the new government, to be formed after snap elections on September 25, could be a coalition between the rightwing Brothers of Italy, led by Giorgia Meloni, Matteo Salvini’s League and Forza Italia, led by the former prime minister Silvio Berlusconi. Though Meloni has backed Draghi’s line on Russia, both Salvini and Berlusconi are longtime Putin fans who were deeply uncomfortable with how the former ECB chief broke from Rome’s traditional sympathy for Moscow.

Italian media reported in early March that Berlusconi — who maintained warm personal ties with Putin after leaving office — told members of his party that tough sanctions would drive Moscow into China’s arms, while triggering job losses in Italy. Meanwhile, Salvini has described previous western economic sanctions imposed after the invasion of Crimea as “madness”.

“If we have a centre-right government there would be a more conciliatory attitude towards Russia,” says Stefano Stefanini, Italy’s former ambassador to Nato.

But others, such as Max Bergmann, director for Europe at the Center for Strategic and International Studies, are confident the EU will hang tough on Russia.